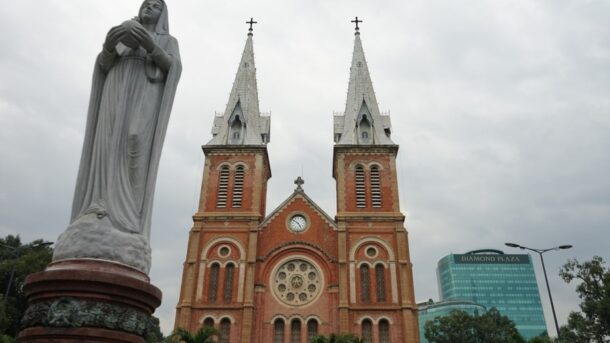 Vietnam’s most developed economic city, Saigon (former name of Ho Chi Minh City), the capital of Free Vietnam (largest south), Paris in the East, Pearl in the East, and the headquarters of the French Indo-China Peninsula (Vietnam, Cambodia and Laos). These are various languages that express the city of Ho Chi Minh. I have lived here for a long time while working abroad, so I know and have great affection.

Throughout history, you can see several traces of the culture of the place over time. (architecture, food, language, etc.) For example, Hong Kong has British footprints, Macau has Portuguese footprints, Vietnam has French footprints. If you have visited Ho Chi Minh City, I recommend you to have a French restaurant meal. Because you can experience the atmosphere as if you were traveling in time.

Vietnam is the world’s second largest producer of coffee after Brazil. Coffee was first introduced by France in 1857 and is now the second most important export product after rice. Vietnam is the only country that says Starbucks is worse than a coffee shop in front of home, so you can see its status and pride in coffee. In fact, when Starbucks, which has little history of failure, entered its first store in Vietnam in 2015, there were big concerns about local coffee. However, contrary to expectations, Starbucks has been struggling with growth of less than 50 stores in Vietnam so far.

I don’t really like coffee, but Vietnamese coffee is really good.

There are also local French coffee brands such as Korean Coffee Bean and Hollys in Vietnam. For example, “Highland Coffee” has many branches and “Trung Nguyen Legend Coffee” is specialized in high quality

It’s by the famous French architect Gustave Eiffel. (That’s the same architect of the Eiffel Tower in Paris.)
Why don’t you not just visit the post office, but write your own mail and say hello to your family in an analog way?